This is another one of those destinations that has been on my to-do list in Korea for at least a year. I first heard about it while reading another one Korean Airlines magazine article and I had it snapped and saved on to Evernote. It just says 자작나무 숲을 and thats about it. I know that it is somewhere in Gangwon-do and close to Inje town but there was no map and nothing in the English internet that could point me in the way.

An adventure into the Korean internet showed a few blog posts with GPS points that are all over the place. Back in 2012, I hatched a plan to take a bus to Inje, and then running about 20km to survey the place to look for this white birch forest. Luckily I didn’t do it eventually as it was around winter at that time and it did take some hike – uphill – around 5km one way to get to a location where the trees are a little more dense than usual.

To get there, first you have to drive all the way to Inje. There are no public buses to the entrance of the park, so don’t bother going public. I guess you could hitch hike, but I doubt many cars intentionally take that route unless they were either living there or going to the park. Rent a car. Its worth it. By the way, Avis in Korea is a company called AJ Rental, and they do have a branch close to the Inje Bus Station as I found out while having my lunch in that town. So in theory you could take a bus to the town and rent a car after that.

Anyway, at Inje, drive down southwest along the only highway through town. I believe it is highway 44. Take the turning towards the east at 38° 1.212′, 128° 7.855′. The road leads to a small road that eventually hugs the valley that gets narrower and narrower till it is almost a bottleneck. Keep on going.

So far so good. You follow the path uphill, and a few hundred meters after the booth, take the right part of the fork. It goes uphill for about 5km, sometimes you get flats, but generally it is uphill. In winter, you need spikes on your boots. Either that or walk on the side of the road. Cars are not allowed on it, unless you live there I guess since the whole way I only saw a truck with dogs in the rear bed.

The higher up you go, you’d start to see more white birch. Close to the road, it is quite sparse. Eventually you hit the 5km mark and there are plenty of white trees. That’s all there is to it.

Now for equipment. I brought with me a Sony RX1 with fixed 35mm lens and I had to rely on the might of that sensor to do some cropping. I would have loved to bring my full DSLR with me, and perhaps 100-300mm range of lens for that compressed look, but I doubt I would have enjoyed the uphill hike. I consider this a survey trip then. The end of the trail (but not the trek, it looks like it goes on farther) is what looks like a small car park and the path leads downhill among the white birches. 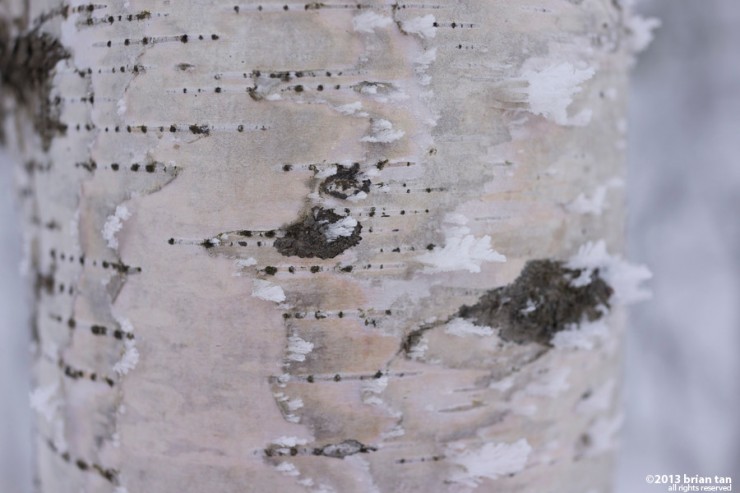 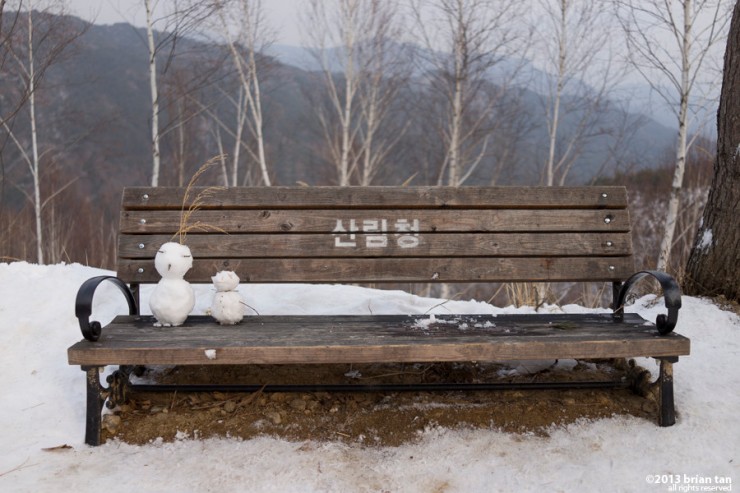 I realised it is not that easy to follow my words and GPS copy and paste for direction, and so if you have a software that reads GPX, you can download the file I recorded on the iPhone here. You will be able to view it in Google Earth or one of those free Garmin applications for the PC/MAC.

Enjoy Inje, please get in touch with me if you need more directions. I’m sure I’ll make another trip there one day with an extreme wide angle and a long lens.