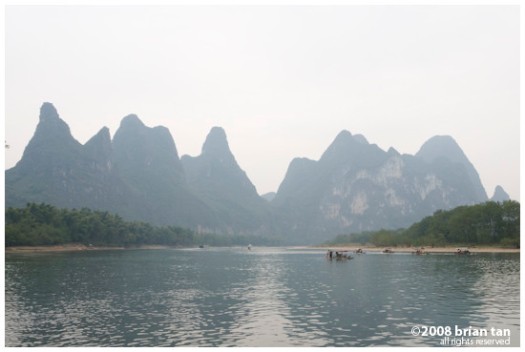 The eroded landscapes around Guilin is one of those sceneries that one would think about when China comes to mind. The picture of many little karst hills in the countryside, and a calm river in the foreground with a lone fisherman. This is one of those areas I wanted to go before leaving China, and as famous as it is (meaning many tourists) I guess this is one of those places that has to be seen to be believed. So then it is, I have managed to organize a trip to Guanxi province just after the Sichuan trip on the way back to Shanghai just to see it with my own eyes. Will be flying into Guilin directly from Chengdu.

20 November 2008: Landed in Guilin at 9 pm after an hour and a half from Chengdu. Small airport, obviously so compared to Chengdu and probably not a good comparison at all. Slept during the landing and since it was late at night, it was probably impossible to see anything. Temperature is a nice 13C at night. Balmy compared to Chengdu in the single digits. 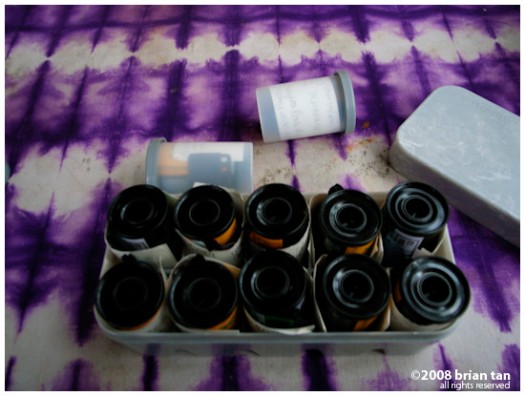 My luggage is one of the first to appear, good considering I was the last to check in! In 1 minute I was out of Guilin Liangjiang airport (yup, the official name) and into a Golden Dragon brand bus bound downtown. I’m not a guide book so I have no idea where this bus ends but it does go to Guilin Train Station and its where I am going. Dumped my backpack into the luggage hold and its time to wait 30 minutes. The cost of the bus to the train station from airport is 20 RMB. According to what people tell me, as long there is a flight arriving, there will be an airport bus.

Within 30 minutes the bus dropped me at Shanghai Road with a finger pointing to the direction of the train station, quite obvious it requires a bit of a walk. Looking at the GPS maps on my E71, I managed to find a signboard leading to the Flowers Youth Hostel in Guilin. I will have to walk through little alleys and small restaurants selling dodgy food (i’m sure it tastes good though) and mini travel agents. Hostel is on the second floor of a maze of buildings. No fanfare, I’d arrive, get the room, get a shower and do a little blogging and sleep to prepare for the next day to Yangshuo.