While on business trip in Taipei, had the weekend of 8-9 Sept 2007 to roam the city. Saturday was with Jerry, an old colleague and friend. Sunday was me roaming Taipei without a map or a real plan, but eventually visiting Kwanghwa Market and Taipei 101. 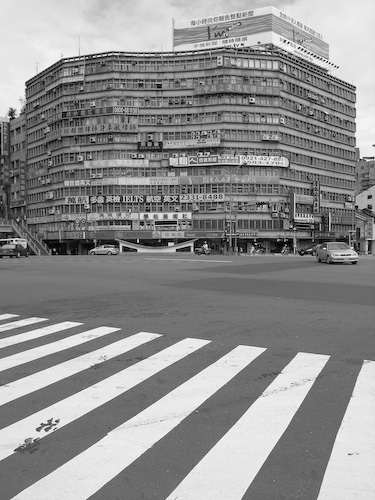 First thing to do in the morning while waiting for Jerry to pick me up for a Saturday Taipei tour… What is a visit to any city without a visit to where locals buy photographic stuff? Po-Ai Street is the place to go in Taipei, it seems. Quite close to the main train station. Coordinates are: 25.04692N, 121.51124E for the start of the road closer to the train station. How do I like that place? I don’t think it has the feel of a place I’d like to shop in. Most shops look like the type that sell mainstream stuff from the major brands. Ok, they need to make some buck, but I didn’t find anything very interesting in the shops. All more or less the same. Schmidt Marketing (regional distributor of Leica cameras) has a showroom over there that looks a little more like a museum with a guy with suit and a tie on. Very big contrast compared to the other shops in that area. Ok, result is I didn’t find what I was looking for and since I was going to Hong Kong the next week, I was not in a hurry to get anything.

Now this is a strange name for a seaside town next to Taipei, and its difficult to imagine that it was not copied from the other one in Indonesia. Anyways, nothing remarkable, just a nice walk on the seaside all the way to an abandoned sewage treatment plant and then a bus back to the car park. Its interesting that there’s a story to why the treatment plant was left abandoned. My friend told me that its a political thing, to demonstrate “corruption”, but if you’ve already spent the taxpayer’s money, why not put it into use? Anyway. Ba Li also has a bunch of shops selling all kinds of Taiwanese tidbit finger foods. Nice place to get away from the busy streets of Taipei, but for sure not Bali. Then again, I’ve never been to Bali, but since westerners love it so much, there must be something there.

Ok, most people have heard of Shilin night market in Taipei. I was at this one after going to the seaside because I got Jerry to drop me off over there. The idea is that this market is quite close to the hotel (3 metro stops away) and next to Longshan Temple, which could be interesting at night.

What’s funny is that after visiting that particular night market, I realised its also called Hwahsi market, aka the Snake Alley. What’s funny was that I didn’t see any snakes at all. Maybe I didn’t walk the entire length, but everyone seems to be selling the usual fried stuff on sticks, and I had a cheap dinner for the fun of it (less than 100NTD for a couple of dish and soup). Night markets always make good curios, and I was putting my Ricoh’s high ISO b&w mode into test in the challenging lighting conditions. for sure it was on manual mode, and metered like how I would on a manual camera, meter once and keep the same setting for all shots. 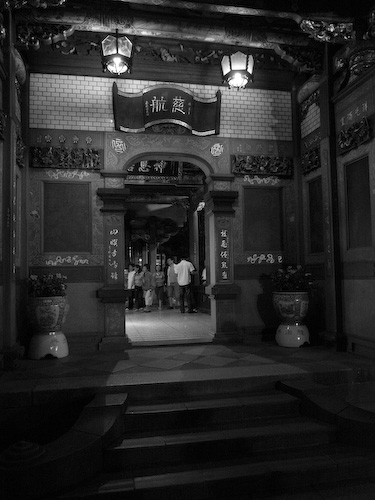 After dinner at the “snake-alley-with-no-snakes” its time to cross the road over to the Longshan temple. By the time I got there it was well past dark, and the place is still packed with devotees. In fact, I was worried about walking around and either get poked by lighted joss-sticks or get thrown out for not “praying”. Anyway, for respect, I didn’t take any photos inside. Could make for a nice shot, but will need some time and it looked too obvious I was just there to take photos, even with a GRD. Nothing much to report from the temple, except its got a free and clean toilet in the basement!

This is a strange one. I know Kwanghwa Electronics market since the first time I was in Taipei. And I always thought it was composed of two parts (at least to me). First would be the normal shops that lined the streets, usual stuff, walk by the covered sidewalk, see the shop you like (they’re all more or less the same anyway) go in, and browse. Then there’s a second part that’s a crowded electronics supermarket under a highway. That’s where you get all kinds of accessories for your computer, and if its a Taiwanese made thing, usually its quite cheap. That’s where you go to get a USB hub, a USB fan, some fake inkjet inks, rewritable DVDs. Except this time I couldnt’ find the supermarket below the highway! Looks like they demolished the placed. Anyway, I was thinking that maybe I wont find this place anymore, then noticed the crowd seems to be all filing into a little lane branching off Bade Street. Followed them and came upon this makeshift 5 enclosed rows of shops (25.04436N, 121.53266E) that looks like the same guys that were under the highway some years back! Mission accomplished! But didn’t get anything. Was looking for a UDMA CF card reader, but no one sells it here yet it seems. 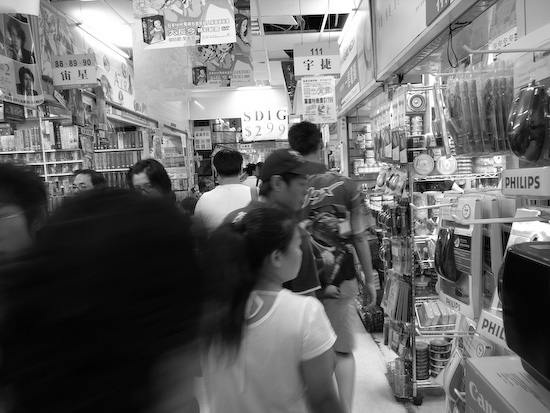 After some hesitation, I thought since I’m in Taipei, there’s no point in missing the Taipei 101 (25.03402N, 121.56467E), so far still the tallest anything in the world. First the problem was getting there from Kwanghwa Market without a map. What saved the day was google search on my Nokia E61. To save bandwidth, I just log into m.google.com and did a search on “taipei 101 mrt station” and Taipei City Hall came up. So into the MRT I went and after a 20NTD trip, arrived in Taipei City Hall. Signs were everywhere advertising a free shuttle bus to Taipei 101. Unfortunately, outside the station there were a couple of bus stops, and it took some time before finding the stop where the shuttle bus was going to pick up passengers. After waiting 5 minutes I decided to walk. 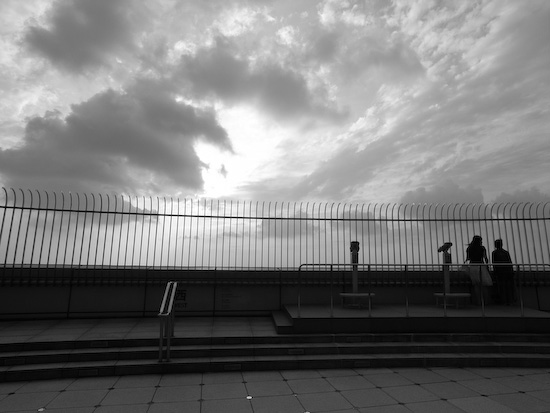 Taipei 101 is not more than 10mins walk away from the MRT station, and the way there are full of new buildings (I suspect an micro economy that’s thriving because of the 101). There were some nice vantage point and photo ops opportunity with the 101 in the background, but generally the photo shoot was not that great in the afternoon since the sun was shining from behind the 101 (more silhouette than proper definition).

Like all major buildings, the Taipei 101 had a high class shopping centre attached to it. The ticketing office to the viewpoint on the 89th floor is on the 5th floor of the shopping centre. Simple enough to find. Tickets cost 350NTD to get to the 89th floor. The lifts to get up there is quite interesting. I’ve heard its the world’s fastest, and you have to be in one to believe it. There’s a nice graphic display showing where you are in the building, and since it takes about 30 seconds to get up to the 89th floor, its moving rather fast. Apparently it moves up faster than coming down. 1000m per minute up and 600m per minute down! 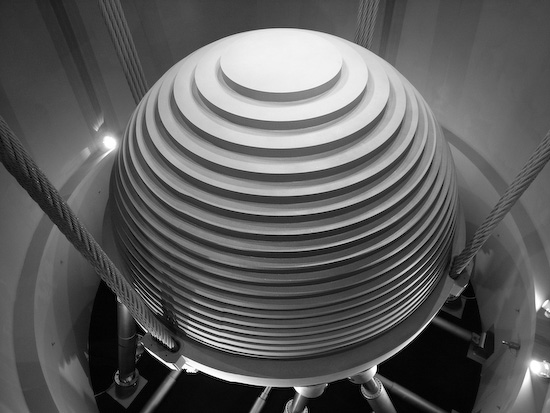 The viewing gallery is just like what you would see in a typical tower. Tourists by the plenty. Kids smudging the glass so that its difficult to get a clear shot out the window unless you’re a six footer and clear of the smudge zones. The ticket comes with a free of charge audio commentary. But most of the time there’s nothing too educating, better to read for yourself the texts at every section. At the middle of the floor, there’s the large metal damper used to keep the building from shaking too much in an earthquake. Would have been interesting to experience the 6.5 earthquake from last week while watching the damper move but it was not to be. They even had a marketing name for the big blob of steel (Damper Baby!) and cartoon mascot of it all over the place.