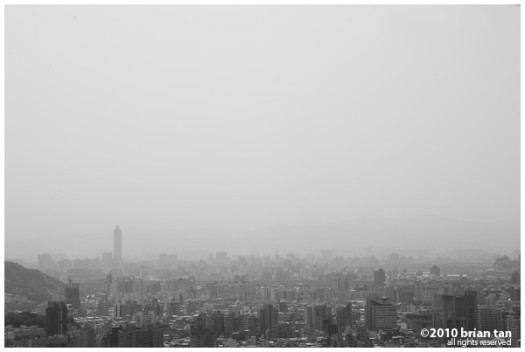 Anyone who has been to Taipei knows that it is surrounded by mountains. I would bet that it is true on all sides, but I am only sure about the north, just before getting to the sea of Japan. So it goes something like this: a colleague asked me where I was going for the weekend and I muttered out something abotu Yangming Mountain and recommendations start coming and I took note. In Chinese, in my bad chinese, I believe one of the route that interest me is called the water pipe trail. It is not visible on the satellite maps, as it is a walking path up the mountain and ends up at the Chinese Cultural University, that large complex of building on the top of the mountain. Water pipe as it runs along a large pipe bringing water down the mountain. As I have now done the trip, I can say that it is a black water pipe that was constructed by the Japanese about 100 years ago.

This trip took me two tries. First was on a saturday and it was cut short by rain. Figured out rain, jogging shoes and mountains don’t get along too well, and so I postponed it. Sunday was different. Woke up to a bright cheery day, even though the weather forecast was not that optimistic. And so, I go again… 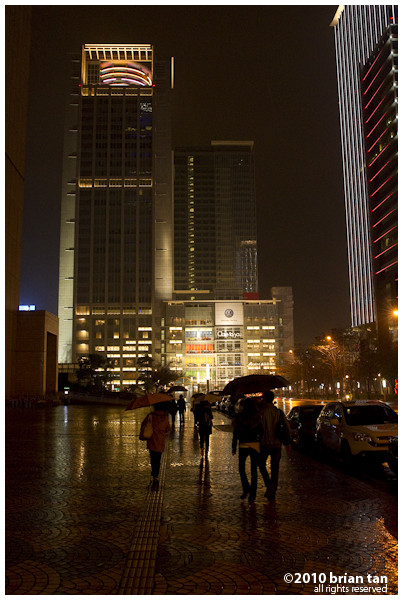 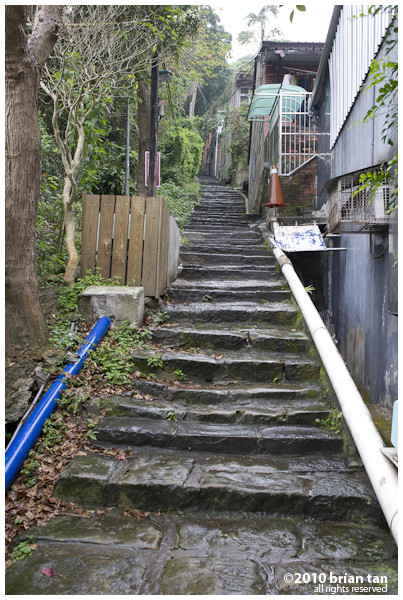 The easy rule for this adventure was to take public transport all the time and having a rough idea where I was going, minimum use of Google Maps and GPS was allowed. I knew had to get to the end of Zhongshan Rd (that would be section 7). On Saturday, I got off Beitou MRT station and walked 3 hours before I got there, thanks to 4 MRT station overshoot, essentially bad planning. But this is part of the thrill. This Saturday reconnaisance trip indicated that it would be possible to take a bus from Taipei Train station directly to the foot of the mountain at Section 7. Bus 220 does that.

One very effective way to get attention is to distribute brochures. On this trip, it was a bimonthly pamphlet I found in my hotel room called “Spectacular Taipei”. It was filled with sections dealing with flowers, and floral expositions (Spring is about to arrive) and one thing caught my eye, and it was a map of a Nature Reserve just outside of Taipei and a few stations  before Danshui, what I call “Deauville of Taiwan”, and which I have been to many times. Best of all, it was reachable by the excellent Taipei MRT. On the map, Guandu looked like a small town, with a temple being the centre of attention, and a wetland park on its borders. Guandu straddles the Danshui and Keelung river.

Now I’ll confess I’m bored with Taipei city centre, so anything nature is interesting to me at this stage.

Getting there is straight forward. Get yourself onto the Danshui Metro line, and while my brain is still fresh from the trip, that’s the blue line that goes up north. Somewhere along the way, some of the trains will terminate at Beitou and you will have to get off and switch to one that goes all the way to Danshui. Should be rather obvious when you’re in the metro. The tip here is that the MRTs to Beitou is almost always empty, as the whole of Taipei goes to Danshui on the weekend.

When you get to Guandu station,  there are buses going to the Nature Park or the temple, but it’s not fun if you don’t push it a little, so I walk instead. It takes a good half an hour to get to the Nature Park entrance. But that’s mostly because I set off on a different direction and went through some nice tour of almost the whole of Guandu town.

END_OF_DOCUMENT_TOKEN_TO_BE_REPLACED

It has been some time since I did a pictorial on Taipei. It is a lot easier to do a pictorial than an editorial, and not forgetting the massive work I have lined up after coming back from Turkey and Henan Province. In the mean time… 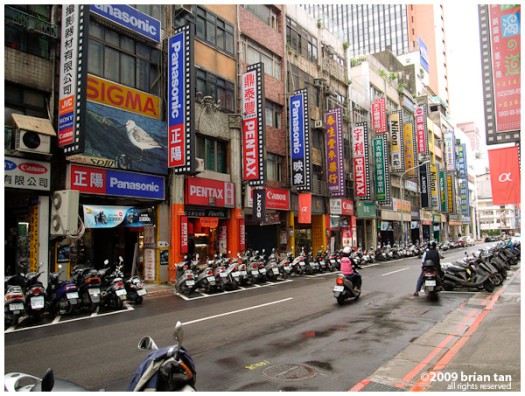 END_OF_DOCUMENT_TOKEN_TO_BE_REPLACED

This is my second trip to Keelung. The first trip is here. So no long introductory pleasantries in this post. Tapping this out on my E71 as I go along, and with my fat fingers, the less I type the better it would be. Now that I’ve made my apologies, I’ll let my laziness take it from here. Will make the pictures do all the talking.

By train from Taipei central train station. 43NTD by TRA train. The tickets can be bought at any of the TRA counters, but may be a lot quicker to go to the basement next to the entrance gate to the trains and buy the ticker at the vending machine there. First mistake of the day for me. First train starts just before 6 am. I took the 9:34am train. Quite obviously I woke up later than planned.

The weather forecast is wrong today. Was expecting thunderstorms but got greeted with a years supply of sunlight in a day. Its hot as hell and I have a large umbrella from the hotel with me. Not a day I feel like spending wholy outdoors out of the shade! Taking bus 301 to the Dutch City (Taibaizhuang). Fare seems to be 15NTD. The bus is a small mini bus with blaring local radio in Taiwanese. Loud advertising, and loud old 80s style songs.

END_OF_DOCUMENT_TOKEN_TO_BE_REPLACED

Subject of the current trip is to visit the largest night market in Taipei. And usually what that means is narrow corridors with tons of people squeezed into impossible-to-move spaces. And for that the Shihlin market does not disappoint. I cannot recall if the size of this market is bigger than the Longhua market that I went to during my last visit, but surely this beats any market in terms of impossibility of moving.

The layout is the same as most asian markets. During the day you have normal shops, and when the evening comes, stalls spring up on the road and sidewalks and the customers walk on the road. By now the shops would have been concealed unless you know which and where to go.

END_OF_DOCUMENT_TOKEN_TO_BE_REPLACED

In Taipei this week. The land of the scooters, buzzing like mosquitoes all over the place. Nothing new here, just gloomy weather. No earthquake yet. As usual, on the flight from PVG-HKG someone took my seat again. And again, there’s a lot of people that just refuses to sit down during boarding and prefering to block the aisle when everyone is trying to get to theirs. And again, even on Dragonair and Cathay Pacific, its advisable to do the online check-in so that you avoid the queues. When I got to Pudong Airport, within 15mins I was already at the waiting gate. Ok, the 7am time is partly the reason.

Also heard on a podcast this morning (Google for ‘TWIT’) that frequent travellers pack their bag at the last minute. I do that all the time! At least someone’s validating that this is the most efficient way to pack. If you pack too early, you will always have items that you will need to pack later, and chances are you’ll forget it. I pack usually the night before the flight.

Otherwise, nothing special on this trip to Taipei. My third in 2007, and numerous in a lifetime. Here are some photos during the trip. Most of the time I’m in the office working, otherwise I’m looking for some Taiwanese food on the street. Most of them I can’t find outside of Taiwan at all, so that’s definitely interesting.

And here’s one of the waiting room at the Taipei Main Train Station where most people are, I assume, waiting to get their tickets since the booths are directly in front of them.

While on business trip in Taipei, had the weekend of 8-9 Sept 2007 to roam the city. Saturday was with Jerry, an old colleague and friend. Sunday was me roaming Taipei without a map or a real plan, but eventually visiting Kwanghwa Market and Taipei 101.

First thing to do in the morning while waiting for Jerry to pick me up for a Saturday Taipei tour… What is a visit to any city without a visit to where locals buy photographic stuff? Po-Ai Street is the place to go in Taipei, it seems. Quite close to the main train station. Coordinates are: 25.04692N, 121.51124E for the start of the road closer to the train station. How do I like that place? I don’t think it has the feel of a place I’d like to shop in. Most shops look like the type that sell mainstream stuff from the major brands. Ok, they need to make some buck, but I didn’t find anything very interesting in the shops. All more or less the same. Schmidt Marketing (regional distributor of Leica cameras) has a showroom over there that looks a little more like a museum with a guy with suit and a tie on. Very big contrast compared to the other shops in that area. Ok, result is I didn’t find what I was looking for and since I was going to Hong Kong the next week, I was not in a hurry to get anything.